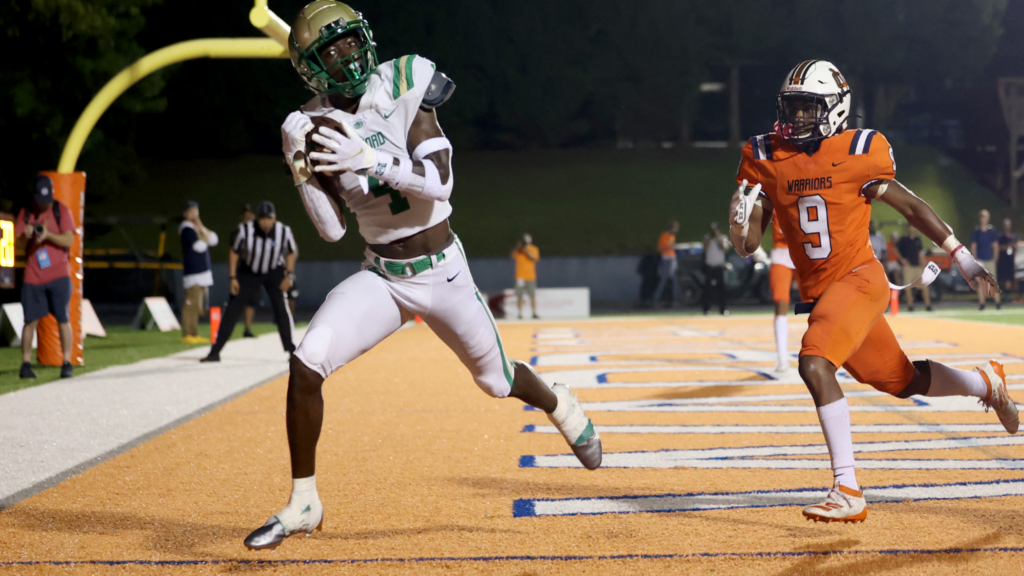 North Cobb used an early victory against Buford last year as a springboard to a 10-2 season and its first region championship since 2013.

The Warriors appeared on their way to another impressive season-opening win when they met Buford in the rematch Friday at North Cobb as part of the Corky Kell Classic, holding a 14-0 halftime lead.

However, Buford scored on four consecutive possessions, putting up 28 points in a nine-minute second-half stretch, and held on for a 35-27 victory.

“When we went inside [for halftime], we looked at a team of young guys, guys that were playing tight, guys that felt like they were pressing,” Buford coach Bryant Appling said. “We played tight the whole first half, and we just challenged them to have fun. ‘Don’t look at the scoreboard, just have fun every play,’ and they started playing Buford football.

“We started doing it the way we wanted them to do it. We caused some turnovers and we made some stops. Defense stepped up a lot, and the offense stepped up when we needed them to step up and put some points on the board.”

Both teams are loaded with college prospects – a combined 13 of the consensus top 100 seniors in Georgia – and highly ranked, making the matchup one of the most anticipated of the opening weekend. Buford, which recovered from its loss in last year’s opener and won its next 13 games to capture its second consecutive state championship and 13th overall, is No. 1 in Class 6A. North Cobb (0-1) is No. 3 in 7A.

This game swung in Buford’s favor midway through the third quarter. After the Wolves scored their first touchdown, cutting the lead to 14-7 on a 36-yard pass from Ashton Daniels to Malik Spencer, North Cobb’s Reggie Givhan returned the ensuing kickoff 68 yards to the Buford 21 and put the Warriors in position to restore the two-score lead. However, three plays resulted in a loss of 10 yards, and North Cobb quarterback Malachi Singleton fumbled on a sack on fourth-and-20 from the 31. Buford’s Sho Mitchell recovered on the 34, and C.J. Clinkscales ran 66 yards for the game-tying touchdown on the next play.

North Cobb had miscues on its next two possessions, and both led to quick Buford scores. The first, when the Warriors’ punter was ruled down trying to field a low snap, gave Buford the ball at North Cobb’s 25, and the Wolves’ capitalized on the first play with a touchdown pass from Dylan Wittke to Tobi Olawole for a 21-14 lead.

North Cobb fumbled at its 26 on its next play from scrimmage, and Buford used six plays to reach the end zone, taking a 28-14 lead on a 2-yard run by Victor Venn with 8:35 remaining.

The teams then traded touchdowns, and North Cobb scored the game’s final points on a 4-yard touchdown pass from Singleton to Ben Hall with 15 seconds left. Buford recovered the following onside kick and then took a knee to end the game.

“In the end, I wouldn’t change anything about that game,” Appling said. “As dead as we were in the first half, we were that excited in the second half and had that much energy. I know I might need an IV. because I might cramp up on the way home. I lost a lot of juice out here. I’m just proud of my kids. They surprise me every game.”

Buford had just 115 yards of total offense in the first half but finished with 378. Clinkscales (committed to Boston College) had 87 of the Wolves’ 183 rushing yards, Isaiah Bond (Florida) had four receptions for 96 yards. Daniels (Stanford) was 12-of-16 passing for 169 yards and ran for 37 yards on six carries.

North Cobb’s Singleton, a four-star junior, was 19-of-30 passing for 218 yards and three touchdowns and ran for 63 yards and a TD on 18 carries. Givhan had 11 receptions for 107 yards Marquis Groves-Killebrew, a four-star prospect committed to Georgia who transferred from Brookwood, made a quick impact in his debut with North Cobb. On the Warriors second offensive play, he caught a short pass from Singleton down the right sideline and took it 78 yards for the opening 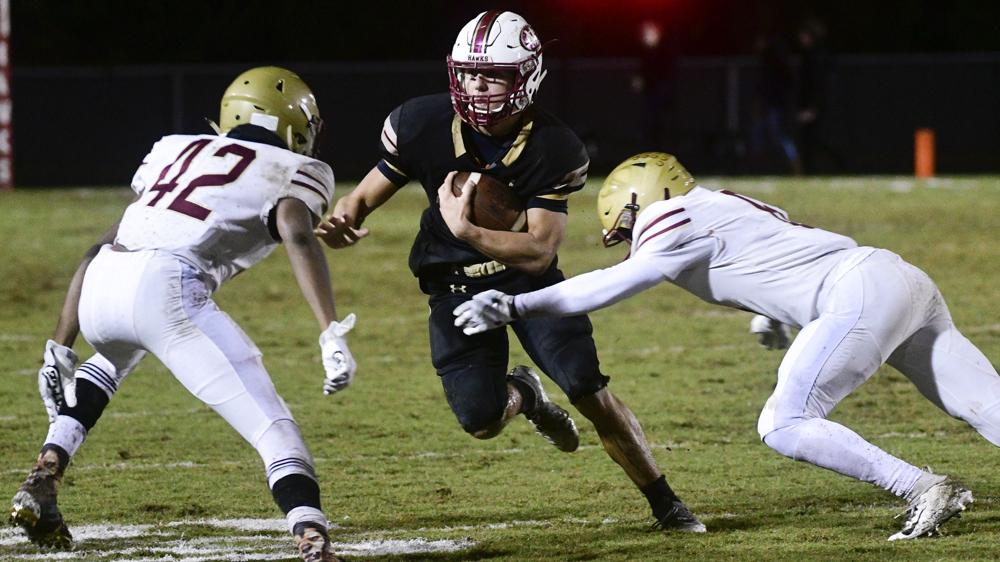 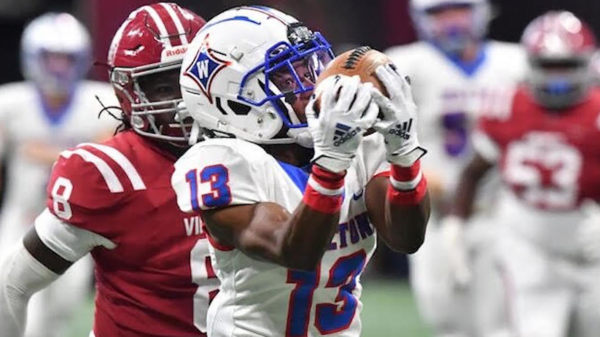 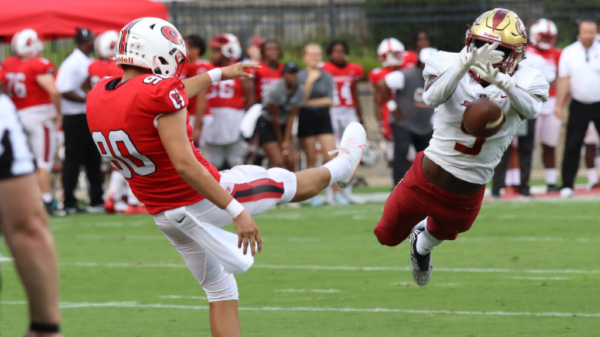