Dacula opens its season playing host to a Brookwood program that finished 5-6 and exited in the first round of the 2019 playoffs. The Falcons are coming off a 13-1 season and a semifinal exit last year. Dacula holds an 8-7 margin in the series against Brookwood, however the Broncos have won six of the last seven contests, the most recent being a 38-21 victory in 2015.

The Falcons return some experience, but will need to focus on certain areas where youth and inexperience could be costly.

“We got some good kids coming back off that semifinal team last year,” said head coach Clint Jenkins. “We are really young in two places. We are young in our secondary, and we’re going to be really young on the offensive line. So those are two places that scare me a little bit.”

Jenkins is entering his third season at Dacula. In his first two seasons, he coached the Falcons to the semifinals with an 11-3 finish in 2018 and a 13-1 effort last season. This year, the Falcons return the same last name at the quarterback position, however a bit younger version of the former Falcons star.

“Blaine Jenkins is our former quarterback’s brother,” said Clint Jenkins of his rising quarterback. “Jarrett was our quarterback in the last two years. He set just about every passing record we have at Dacula. So, Blaine is having to replace his older brother, who had a heck of a run here. Jarrett has a strong arm, he is a smart kid, he can run. But we just need reps right now.”

The defense will be strengthened by Georgia Tech-commit Kaleb Edwards, a 6-foot, 195-pound safety who made 86 tackles and a team-best four interceptions last season. But Edwards’ talents are not limited to the defensive side. In 2019, he had 1,153 yards and 15 touchdowns on 66 carries with 566 yards and three touchdowns on 29 receptions.

“Kaleb is our star safety,” said Jenkins. “And he ended up being offensive player of the year for us last year, so he will take some snaps for sure. We will use him in multiple positions. We will definitely get the ball in Kaleb’s hands. So, Edwards and Jenkins will be the ones we will use early.”

On the opposite side of the field, Brookwood coach Philip Jones is entering his sixth season leading the Broncos and his program returns talent and experience from 2019. His most successful season at Brookwood was 2017’s 11-3 finish and semifinal exit.

On the offensive side, sophomore quarterback Dylan Lonergan will lead things and already has several Power 5 offers with Georgia Tech, Auburn, LSU, Penn State and South Carolina on his college list. Junior Samuel Mbake, a 6-foot-3, 205-pound wide out is listed as a four-star recruit and will test opposing defensive backfields. Mbake transferred in from IMG Academy.

“He is just a sophomore, but Dylan is mature beyond his years,” said Jones. “He is focused and his work ethic and consistency is just of somebody well beyond his years.”

On defense, junior cornerback and Georgia-commit Marquis Groves-Killebrew will be one of the defensive anchors and is listed as a four-star recruit. Alongside Groves-Killebrew, Auburn-commit Andrew Stewart is another cornerback that will anchor the secondary.

Even without a full offseason to prepare for this star-studded matchup, there is enough seasoned talent from the Warriors and Falcons on both sides of the ball to create one of the Corky Kell’s most prolific games. 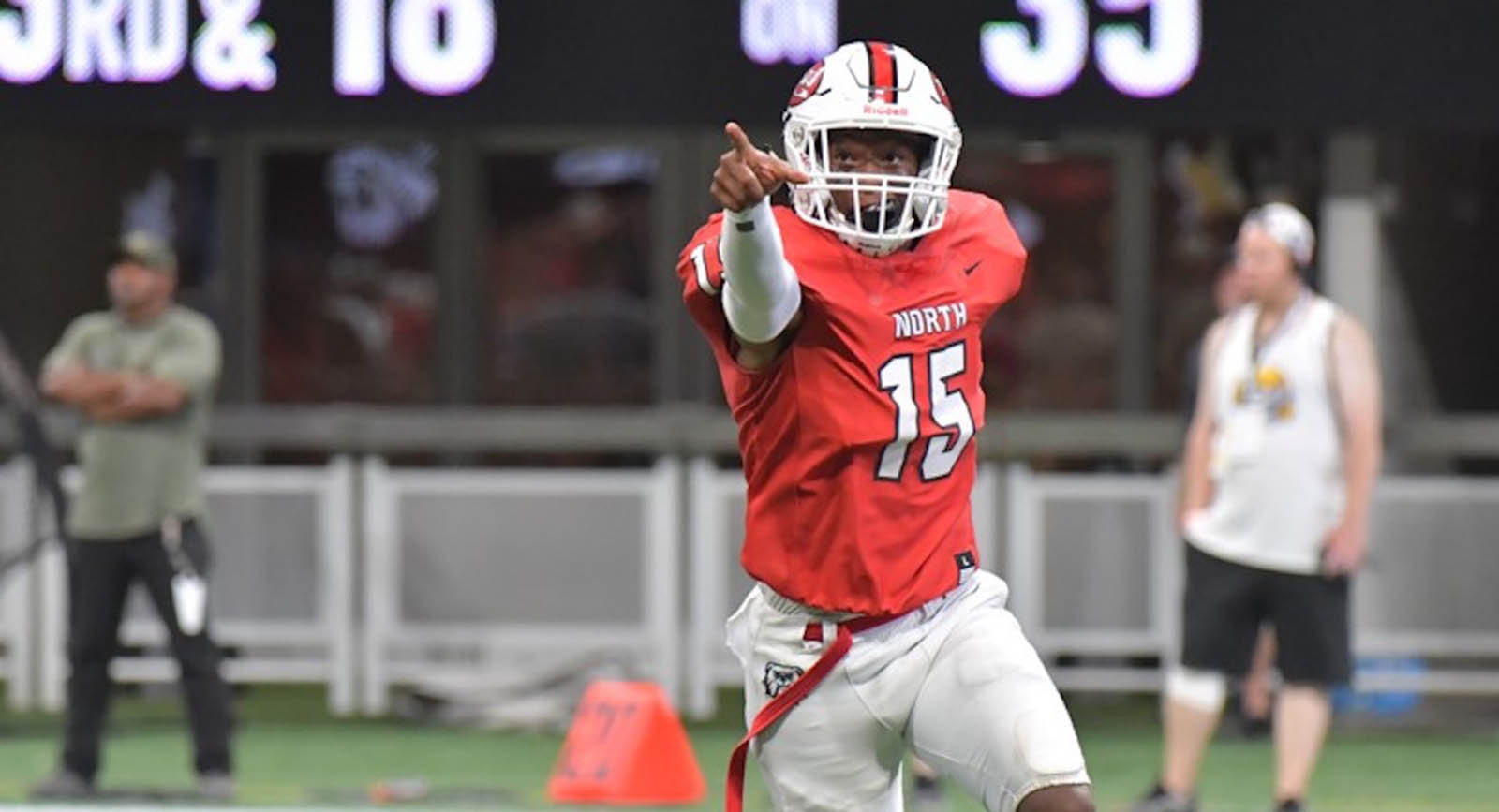 The Metro by T-Mobile Corky Kell Classic is set to kickoff the 2020 high school football season with the largest and most wide-ranging lineup...